Do You Qualify For A Discount? And Are Discounts Racist? Talking About Mental Health Costs And Discounting Frameworks 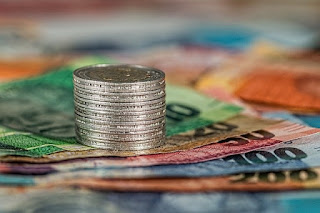 Remember how last October I decided not to increase my rates? Well, it seems to be causing some confusion. It also caused a fight, and therefore I'm doing some thinking.

Let me explain, and tell me what you think.

In my therapy work, I am based at home and online, so I pass on these savings to clients. As I'm in Malaysia where living is cheaper than in Europe, I'm very affordable, charging just US$35 per session.

In addition, I offer a discount rate to clients in Malaysia. Why? Because Malaysia is a developing nation, and a lot of the people, especially young people, are quite poor.

As I've said before, I'm okay with working a little harder in order to give the people in my community a little bit of a break.

From time to time I've had people living in first world nations asking for discounts and saying they can get third parties to pay the local rate.  The answer is no.

I'm willing to work a little harder to help my community, but there's a limit. Even my top rate, US$35, makes me significantly cheaper than my peers.

I also need to earn my living, pay back for the 7 years tuition that is needed to enter work as a therapist, and prepare to look after myself in old age when I can no longer work.

Some four or five years ago, before I had two separate rates, clients picked the payment method that worked for them. But my pricing structure has changed, so that no longer applies. I now have a two-tier system.

It is also true that some of my younger local clients who started with me while in college in Malaysia and then moved abroad kept the low rate. I closed one eye and let them stay on this as a courtesy because emigration is expensive and mentally challenging.

And yes, I've also let a few families overseas in trouble in cheap.

Most people are okay with this. However, others misunderstand or resent this flexibility. I got some very nasty responses from one individual recently.

Discounting is always controversial because it's natural to love a discount and to feel bad when you don't get one. Even so, charging different rates is common in mental health practice, mainly because so many can't afford the service but need it.

Typically, practitioners use means testing, where they offer a discount depending on your income. Mostly, they ask to see wage slips.

I refuse to do this for several reasons.

I find it intrusive. I don't need to know what you make, and I certainly don't want to get into how you spend your money. For all I know, you're making peanuts and have a rich relative who pays your bills. Or you earn a bomb, and are keeping your huge family. It's none of my business.

Also, as many people link income and personal worth, it may hurt or worry to discuss this topic. I won't do that to my clients.

As for asking to see wages slips - OMG, that says you don't even trust people to be honest! I'm so not going there. I actually make a point of invoicing after the session, to show I trust my clients.

I don't say means testing is wrong. But given the issues, it's not for me.

So, is my system of discounting based on geographical location racist?

It's not racist because I don't ask people about race, but it's probably something 'ist'. Locationist, maybe? My thinking is based on local salaries and local purchasing power. I think that's practical, and although it's not foolproof or ideal, it's the best I can come up with.

No, I don't want to apply special rates to various countries based on average income. I'm happy to help my community but I'm not a saint. I am running a business, not an NGO. Also, practically speaking, I'm not going to research other economies every time I get a client from a country that's new to me, either.

So there you go. That's my thinking. If I'm wrong, tell me how and why, and I will reconsider.

As for now, I love what I do, but I don't want to fight about money. So here are my rules, clearly and concisely.

If you're living in Malaysia, you get the local rate. If you're not, you don't. No exceptions.

I'm putting my foot down, establishing my boundaries 😊

Will I adjust my rates for the clients abroad who get a low rate out of courtesy?

I'm in several minds about this.

Part of me says that they should not be affected because I'm annoyed by the rantings of some entitled twit.

But another part of me says that really, if they're now established in first world countries, they should move to the other structure. Maybe I'm a bit too soft there?

I won't make a hasty decision. I'm going to sleep on it. And if you have an opinion, please do share. I'd like the insight.

Update: when people migrate, I'm taking it case by case. As there are no universal moral rules, I'm not going to break my head trying to make them. 25th November 2022

Shock, Trauma, PTSD - The Basics Without A Lot Of Technical Waffle 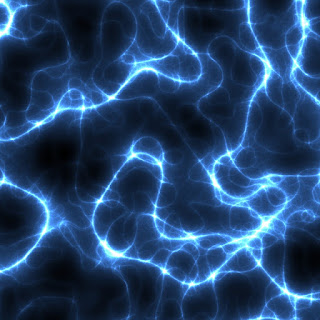 Malaysia is a very safe country to live in. We have no wars, no terrorist attacks, and no riots. This is terrific but as a client pointed out last week, it also means that many of us don't really understand how shock/trauma/PTSD works. So I am writing this piece at their request, in the hope that it helps promote understanding.

When Kim was small, his mother would beat him every time she didn't score an A at school. His mum would make him wait while she got the rotan.

Today Kim is a grown man with a job in HR. Her colleagues like him, he has lots of friends, but Kim has a secret.

He jokes that he has shares in Foodpanda because he never cooks. Secretly, he doesn’t cook because when he enters a kitchen, his breath catches in his throat, his palms sweat, and he feels sick.

Nora is a police officer. Three months ago, she was part of a team that investigated a missing man. The family claimed he'd gone off for an outstation job, but the neighbours reported a lot of fights.

Her team was suspicious, so they looked into it. They found the man's body hidden in a patch of rough ground near his family home.

Nora was physically sick when she first saw the body. Then she was okay again.

During the rest of the investigation, the family confessed that they'd beaten and tortured the victim. Nora wrote up her reports, consulted with the prosecutor, and moved on to the next case.

But somehow, this incident has stuck with her. Three months later, she still has bad dreams. She feels disconnected from her family. Sometimes, she catches herself looking at her cousins and wondering if they are secretly judging her.

Also, she can no longer enjoy her favourite Netflix cop show. Whenever on screen they go into an interrogation room, she remembers how normal that family looked as they told her how they'd killed their son.

What do Kim and Nora say?

Both Kim and Nora worry that they're going crazy. Kim can't figure out what his beef is with kitchens. He thinks he might have kitchen phobia, or a cooking phobia. Nora thinks that police work is tough and maybe she just isn't cut out to be a cop. Both are embarrassed, and so they don't tell anyone about their secret.

Kim and Nora suffer from shock or trauma.

Kim suffered from repeated trauma when he was small. His mum often made him wait in the kitchen, and little Kim learned to associate the stove with being beaten. He forgot exactly how it all hung together because more than ten years have gone by, but the body remembers. When Kim sees a stove, his mind goes straight back to the trauma of being beaten.

Nora witnessed a tragedy, a family who actually killed a loved one. Seeing the body and hearing the story over and over again from the family, and writing the report, and discussing it with her colleagues, has traumatised her.

In her shock, Nora wonders if the whole world is secretly nasty and dangerous. And every time she sees something that triggers her memory, like an interview room on TV, she's reminded of the past and traumatised all over again.

Experts argue over distinctions and exact definitions are different in various countries. You can get into that if you like it's not necessary for grasping the basics.

What you should know is this. Shock or trauma is upsetting. If you are frightened, angry or scared when it happens, that's a healthy reaction. If someone beats you, or you see a crime, you should have emotions!

In a lot of cases, time will heal. Many of us cry, have a few bad nights, and then the emotions fade and vanish.

What it is not

It's not because people are weak, silly, or being dramatic.

Saying that is victim blaming which is mean.

Note: for the Kims in this world, they are often told, "Oh well, everyone is beaten and they're okay with it." No, they're not. Violence is never healthy.

Why exactly does it happen?

That depends on the model you follow. Me, I think it's not one-size-fits-all. There are several models that work well, but none are universal. Again, I don't think it's important outside of the profession.

Being the target of sexual violence

Being the target of a crime

Being in or witnessing a war or terrorist attack

Being in or witnessing an accident

Being threatened with a weapon

When should we look for help?

If you've had a recent shock, talk it through and be kind to yourself. If you're having flashbacks, trouble sleeping, crying jags, or overwhelming feelings after a month, have a chat with a mental health professional. If it's been more than three months, definitely go.

Note: when you do see one of us, we'll help you figure out if it's anxiety, shock, depression, PTSD or a combination, okay? So don't worry.

How do we fix it?

First, we talk it through and figure out how your experiences affect you today. Then we figure out triggers and we help you learn new thinking and behaviour. Useful approaches include cognitive behavioural therapy and exposure therapy. <- you can google these

We do this very gently and we avoid reliving the experience. In the past, people thought bringing emotions to the surface was healing. Now we know that it can be as traumatising as the original experience. So we are very, very careful.

Note: as a client, you have total power to say stop, to call for a pause, and to put in boundaries. In fact, it's part of the process.

My friend has trauma/shock/PTSD, what do I do?

On TV it's all about hugging and being there but frankly, everyone has different needs.

So my best advice is that you wait until you two are talking quietly together, and you ask, "What do you want me to do?" Then listen.

I hope this helps. If you need to talk to a mental health pro, PM me.

Email ThisBlogThis!Share to TwitterShare to FacebookShare to Pinterest
Labels: Abuse and Trauma