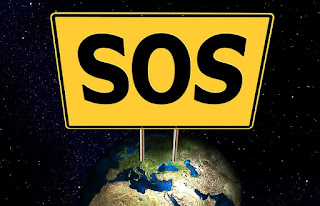 Covid is causing havoc in terms of mental health, and so we've probably all got a friend or two who we are worried about.

Most suicide prevention guides focus on listening and calling mental health and other services for help. If you want one of those, the Columbia University offers a great one.

That's awesome - IF you live in a country that has that kind of help. For many people around the world, there isn't a hospital or a doctor or a mental health professional. So what do you do then?

I'm going to kick off by saying I don't have a definitive answer. I work with people in difficult situations and I have found there are no easy solutions.

I do it because life is uncertain, and I believe that if we only dealt with simple things, people in difficulty would be alone. That can't be good. Also, mental health practice is always risky; it's part of the deal.

So, with that caveat, here are some thoughts.

#1 It's damn scary when someone says they are suicidal. So when you are scared, that's perfectly okay. You'd be a bit of a twit not to be afraid. Breathe and accept it's part of the situation.

#2 Immediate things that you can say:
I'm glad you're sharing this with me
I'm sorry you are hurting
Tell me, what brought this to a head? <- and then listen
How can I help you?

#3 Although it's tricky, you can distract your friend from suicide by focusing on the internal coping skills your friend has.

You might start this by asking, "Do you remember another time when you were in crisis or near it? What did you find helpful then?" <- and then listen

#4 Identify who your friend trusts in their life who is close by and who can help: family, friends, house mates, neighbours.

This is where it gets tricky: be aware that in many places, asking for help can be actively dangerous. This is especially pertinent for women and LGBTQ people.   For example:

A woman living in a country where women have few rights, may be sent to live with abusive relatives. This is because those cultures believe in 'out of sight, out of mind'.

If she is in an abusive environment, she may also be beaten, whipped or jailed by the authorities simply for wanting to leave.

An LGBTQ person who asks for help in a country where homosexuality is illegal can be jailed, whipped or executed. Even if they don't divulge their orientation, this fear may prevent them from seeking any kind of help even from a family doctor or tribal healer.

Another issue is when mental health issues are perceived as a personal weakness and form of willful stubbornness.

In these communities, seeking help results instantly in a lecture that can be summed up as, "Say your prayers, obey your parents." Sometimes, it comes with community shaming. You know, because everyone loves a good shaming and it's so incredibly helpful 🙄

If you don't come from one of these places, this can be hard to believe but it's vital that you understand and respect how dangerous the world can be for marginalized and disenfranchised people.

So, when you talk it over, be respectful and put safety first.

Usually, the person you are talking to has already tried all kinds of safe and useful reaching out.

But, supposing they can think of someone, in that case, discuss what they might say and what the person they reach out to might answer.

If it sounds good to both of you, discuss who will make the call. Your friend may want to do it themselves, or with you on a conference call, or they may feel shy and want you to do it for them. Whatever they want, be gentle.

#5 If there is nobody to call and there is no doctor, hospital or other help, then keep talking until the situation de-escalates. Then make a plan for being in touch.

For your own peace of mind, make one firm appointment to text within a few hours, otherwise you'll be on tenterhooks.  And when you text, see how things are and take it from there.

If you can, open up the network so your friend get loving support from more than one person. Note: this may not be possible. Often, people who are driven to extremes by despair are alone. So be prepared to be a sole support for some time.

Email ThisBlogThis!Share to TwitterShare to FacebookShare to Pinterest
Labels: About therapy, ethics

The Non-Apology: How Abusers Act When Caught Out

Remember Thomas Callaway, 43, of Statesboro, Georgia, USA, who slapped journalist Alex Bozarjian on the rear back in on live TV back in 2019? First he lied about it, and when he realised he was caught on video, he tried to act as if it was a mistake. As it's classic abuse, it inspired me to write this post. 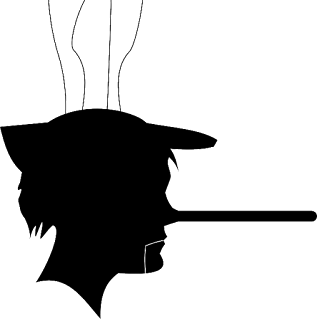 People who are into getting power and control think and act differently from the rest of us. Therefore, it can be tough to get your mind around how manipulative they are.

One way to see through trickery and gaslighting is to analyse apologies.

Many abusers are careful to maintain a façade of decency, respectability and fairness, so they operate behind closed doors. But with videos and the #MeToo movement, they're being called out more and more.

When confronted, you will hear them make 'apologies' that go like this:

"I'm totally shocked!  I don't understand. I'm just a simple person. Why are you angry?  You know I haven't been well recently. If I did something, and I don't know what, I'm sorry. You know I go to church every week and I volunteer."

The approach is actually very clever because it's a layered effort meant to attack you.

#1 They state horror and pretend they don't know what's going on
It's a deliberate misdirect that has two aims: to make you doubt yourself and to get other people to question whether you are truthful.

#2 They appeal for pity through personal illness or sick children
It's a deliberate misdirect with two aims: to make you feel guilty and to get other people to think you are attacking an 'untouchable' target.
Even if they are sick etc, this is a red herring, a deliberate attempt to gaslight you. Put crudely, men with dicky tickers and single mums of autistic kids can be abusive predators.

#3 They make a non-apology
Because some people will see the word sorry and not realise that it's meaningless because of it being sandwiched in between denial and attack. Also, predators offend face to face but they apologise in public and not to the victim if they can possibly help it. The remorse is a show to get public opinion on their side; they have no interest in the feelings of the victim.

#4 They point out some completely unrelated virtuous act
This is to appeal to black and white thinkers who see humanity as simply good or bad. In truth of course, we are all mixed up with bits of good and bad floating to the surface all the time.
Predators hope that the audience will say, "OMG, a person who did something good once can't possibly be an abusive predator." It's powerful stuff, which is why so many clever predators opt to work in religious institutions. If you aim to enjoy a life as a predator, that kind of authority and white hat regalia offers good camouflage.

"I'm so sorry I called you a twit. It was wrong of me. Can you forgive me? May I give you two tickets to the concert to make up for it?"

Analysing how people apologise is important for figuring out if you're in a toxic relationship. It's also useful for "she said, he said" situations.

By the way, although abusers often get away with their violence, Thomas Calloway was caught on videotape, which helped to get him convicted and fined.

Photo Credit: The nose is from Pixabay