I Think Of Depression As Spots 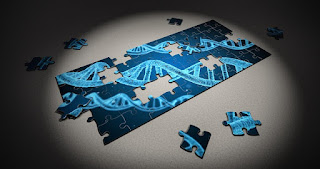 I think of depression as spots. When you have spots, the first thing is to figure out what they are.

Maybe you have an allergy to a new washing powder. Maybe you are allergic to something you ate the night before.

Maybe you have dengue or chickenpox or shingles. It could be acne. Maybe it's boils.

Or a mosquito bit you. Or perhaps a cobra fanged you. It may be a perfectly simple heat rash.

Figuring out what's causing it will lead you to the appropriate action. There's no point in changing your washing powder if you are allergic to eggs or have chickenpox.

Depression is the same. There are lots of different causes and that's why there are various approaches for managing it. There's not one-size-fits-all.

So if you have spots, or rather depression, and you can't immediately tell why and what to do about it, either talk to a psychiatrist, a medical doctor who specializes in mental health, or talk to a therapist like me. We'll have a chat, and figure it out together.

Image by Arek Socha from Pixabay

I offer a free 15 min chat to potential therapy clients for three reasons:

1) we talk online, so we need to make sure the tech works for us,

2) you tell me very briefly what your goals are, so we can decide if it's something we can deal with in therapy (because amazingly, I'm not a super genius who is trained in everything!). Also, what if you don't like me?, and

3) so I can tell you how confidentiality works, including emergency care, etc etc.

I do this because many people have never spoken to a mental health professional. This way, you get the intro quickly and easily. It helps you make better decisions.

Yes, it costs me time which is money. But so what? It's 15 minutes. I consider it a bit of public service.

If you ask me, it should be an industry standard.  It's on my list of Laws To Implement when I become Mistress of the Galaxy :-)

Email ThisBlogThis!Share to TwitterShare to FacebookShare to Pinterest
Labels: About therapy, Personal Reflections

I'm Rebranding! And A Word About The Politics Of Mental Health Practice 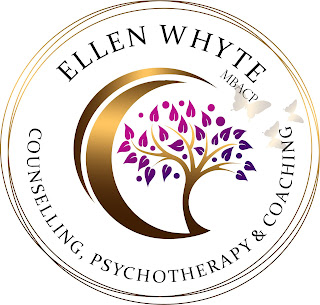 I'm rebranding!  I'm the same person in the same place doing the same thing, but I'm changing my logo, website, blog and titles. The rebrand is because we are currently living in Malaysia, but we plan to move to the UK in late 2023.
Why rebrand? Politics! I think you'll find this interesting, so I'll explain.

While countries agree on legal definition of psychiatrist, they disagree on how to define other titles.

Sooooo, in some countries you can call yourself whatever you like. BUT in other countries, titles are 'owned' by professional associations. If that sounds weird, consider it's the same for certain kinds of engineers, architects and so on.

Here's where the politics come in. Mental health associations that own titles are usually exclusive, meaning they work to keep people out. They typically only take local people or people from a very small number of schools.

For example, in Malaysia, the title 'Kaunselor' is controlled by an association we call the Lembaga. They only accept people with Malaysian degrees.  So you can have a Master's degree in Counselling from Oxford in the UK and not be accepted.

Other titles in Malaysia are not controlled, BUT associations typically don't let foreigners join as full members.

Also, membership is not automatic. You can live locally or even be a local, have local qualifications and still be rejected. It's just like a club.

Note: this is not to criticize Malaysia. Every other country does the same. Mental health is in many ways just like the cartel. (If I am mysteriously killed tomorrow, you'll know why!)

So, as I am British, I am not a good fit for local professional associations. That's why I joined the British Association for Counselling and Psychotherapy. They are the UK version of the Lembaga.

But it left me with a dilemma. In the UK I am a registered counsellor and psychotherapist. But I can't be a Kaunselor in Malaysia.

As we planned to live in Malaysia forever, I branded my work to be in line with local norms and guidelines. On the advice of friends in the profession, I call myself a counselling psychologist. I have qualifications in psychology and counselling, so that works here.

But now we're leaving for the UK in the end of 2023. And guess what? In the UK, the title of counselling psychologist is controlled by an association I'm not a member of! ?? Sod's law, right?

So, I am changing from 'counselling psychologist' to 'counsellor and psychotherapist'. I'm adding in coaching because I've been taking extra courses and planned to add this to my business anyway in 2023.

The rebranding won't happen overnight as it's a big job but I do already have my new logos. Tell me what you think?

Email ThisBlogThis!Share to TwitterShare to FacebookShare to Pinterest
Labels: About therapy, Personal Reflections