Job Hunting? Joining in the Big Resign? Some Thoughts About CV Writing My Clients Found Helpful

In therapy sessions where clients are changing jobs, we talk about career objectives, learning from past career experiences, and we model tricky conversations so you go into your interview empowered. Sometimes, we also talk about CVs. 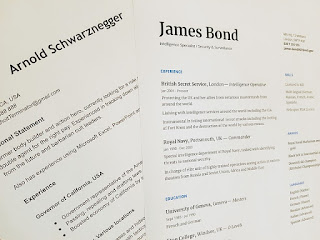 Note: In my other life, I worked as a freelance writer from 1996 and 2014, selling more than 3000 articles in over 12 countries to clients including Women's Weekly, Her World, Cleo, South China Morning Post, Japan Times, and the Straits Times. My work was syndicated by Planet Syndication in the UK.

Today I write columns for the Star newspaper in Malaysia and boutique content for corporations.

So writing is something I love, and sometimes a session devolves into coaching where we work on wording CVs.

This blog post is a quick chat about some useful web sites for that.

Today's CVs are achievement oriented. Also, more companies are using artificial intelligence to sift through applications, so your submission may never be seen by human eyes.

Don't worry!  You've got this. It's just a matter of getting into the right headspace.

Specifically, they want to know what you accomplished, how you did it, and what benefit it brought to the company.

Google calls it the XYZ rule. You can read about that here

Get at least one achievement sentence down per job or position.

To slide through AI: think SEO

Cruise LinkedIn and see who's just landed a job you want. Peek at their CV or ask to see it. Then edit your CV.

You can also get sample CVs here, and a list of Malaysian headhunters organized by industry

Step #3: O*NET is a free career web site that has cheat sheets listing skills that are needed to ace jobs. You can use these to help push the AI to love you

Click on any job title, eg software developer, and click on the tab that says Details. Then cut and paste what works for you, e.g., Data base user interface and query software and Collaborate with others to resolve information technology issues

Also note, if you want to move into a related field, O*NET is a useful place to start exploring where you can go

PS O*NET is based on John Holland's career theories that were hot in the 1950s. In terms of scientific theory, there are issues. Therefore, don't take it as Science or Fact. Instead, see it as a useful start for thinking things through

I hope you find this useful. If you want some help with prepping for a career change or interview, you know how to find me

"My house flooded. Why do I feel guilty?" A Psychotherapist Explains 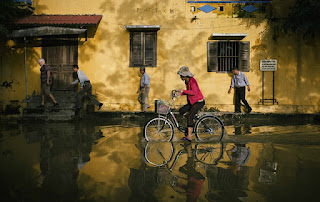 When the rain started, it felt like just another monsoon. Inconvenient, but not particularly worrying.

Cars were swamped. First floors were inundated. Some second floors went under too. Old folks died of cold and exposure. Pets were killed, some horrifically trapped by cages or chains and drowned slowly.

In the aftermath, a whirlwind of emotions. Why did this happen to me? And It is my fault. I should have known this would happen. Maybe you are angry too, especially if you flood again a day later.

While your rational self should point out that you don't have fortune telling powers, the emotions can be overwhelming. So here are some thoughts about what's going on.

Just World Guilt
As sensible adults, we know that the world is a dangerous and random place. Good people are stricken by disease, and evil dictators live long, happy lives. It's not fair and we have to suck it up.

However, a part of us continues to believe that good things happen to good people, and that we reap what we sow. Mainly, it comes down to lessons from our elders when we're little.

The idea that we control our future starts really early. Remember hearing, "If you study hard, you'll pass your exams"?  When we're kids that advice seems true because pre-uni school is mostly a memory game. If you put in the time and learn to parrot, you get an A.

The idea that we control good stuff is constantly reinforced. "If you get enough sleep, you will have energy in the morning" and "If you practice at tennis/football/swimming, you'll get to be really good."

Subconsciously, this leads to the idea of a Just World. In this Just World, good things happen to good and careful people. Which doesn't seem a big deal, except that it has a nasty sting in the tail: if bad things happen, is it because you are a bad or careless person?

Logic says no, but the heart isn't always reasonable.

Just World thinking leads to self-blame. It's illogical but it's so deeply ingrained, that it's hard to shift. What's worse, it affects how others treat us too.

Victim blaming pushes the wrong message home
As we tend to share the same background, growing up with thinking that we invited bad luck, a second nasty effect of Just World syndrome is victim blaming.

When others see that bad things have happened to their good friend, they don't like it. It's a reminder that the world is random and that bad stuff can happen any time to anyone.

When random disaster strikes, sensible types think rationally and say, "Shit happens. How can I help you?"

Sadly, the not so bright ones try to figure out how you 'broke the rules'.  <- yes, you read that right. Some people act as though you can charm away bad juju.

The most common example involves the person who is mugged, raped or attacked. A sensible person says, "A predator targeted you. Are you okay?" whereas the not so bright person asks, "Where were you? What were you wearing? What side of the road were you on? Didn't you spot him? What time of day was it?"

A kind interpretation is that they're hoping that to avoid being attacked themselves. But when you're tired and you're a victim, it's tempting to say, "Bog off, you victim-blaming moron." And if you do, people complain that you're the bad one, which is doubly annoying.

My take: when someone is hurting, don't ask damn fool questions. Offer help or shut up.

So, why am I angry? And feeling guilty?
In times of stress, our emotions surge. We typically feel fear because there is danger, anger because there is injustice, and helplessness because we're all caught up in events.

Other feelings like guilt and shame may come join the party too. The guilt it totally misplaced. Because of Just World ideas, we believe on some level that we invited trouble. Same goes for the shame. It too comes from that false idea that we deserve our bad luck.

Basically, you have emotions because you are reacting to the events in your environment.

But I suggest that you cannot trust these emotions.

Furthermore, stress, anxiety and depression are linked. When you're really tired, you get mood swings. You soldier through, energetic as you cope and clean and appear cheery, but then there's a dip.

And when you're in that dip, it can come with low mood thinking. That's when you believe you're a twit, you're doomed, you're making a mess of your life….  It's nonsense. Dark thoughts brought on by being over-tired and over-stressed.

Suggestion: feel what you feel, but try not to take it to heart. If you're feeling snappy, sleep, eat and take a walk. And go easy with people who are snippy.

Help yourself by remembering the big truths:
Life is random.
People who order war and genocide tend to live in lovely homes. You are not being punished by the universe for whatever sins you've committed.
You are not clairvoyant.

And remember the practicalities of trying to predict weather:
Yes, we have floods. Can you predict them? Meh.
You might live on a hill and in the centre of town and have a blocked drain, leading to your hilltop home flooding.
But you might live by the beach or river and be okay.
Or you might live in an area that was once dry, but shifting rivers, destroyed forests, and other events have changed that.
Or your home has been okay for years, and it will be okay for years to come, except for when it rains more than normal. And this year you were just damn unlucky.

Bottom line: it will pass and you will recover. Also, with so many people losing homes and suffering property damage, there should be a shift in water management. Hopefully. Agitate for change in this area. Insist politicians do some work.

When to seek mental health aid
Generally speaking, you should be upset. This is a horrible time and you are quite right to feel nervous, sadness, grief, helplessness and anger.

If you are having trouble with your feelings for more than two weeks, check in with a psychologist, therapist or mental health practitioner. Two to three sessions over a fortnight should result in some effective positive change.

And if you want, discuss if you should chat with a psychiatrist, a medical doctor who deals with mental health issues. A decent mental health professional will always tell you if in their opinion it's worth having a chat about meds. And although we're not doctors, we can suggest a few things to read when considering medication, so you can ask good questions and make informed decisions.

I hope this helps.