How To Forge A Happy Marriage

Back in the 1980s, when I was doing my first degree in psychology, I came across a piece of advice.

The book was HisNeeds, Her Needs by Willard Harley Jr., a US family therapist, and published in 1986. If I remember correctly, these lists were compiled from talking to his clients.

When I read it, part of me was thinking, “This man is talking to and about white middle class Americans so how much does this really apply to me?” and also, “Well, it’s not very scientific, is it?” Also, I wasn’t too convinced that sex isn’t in the average woman’s top five.

However, the lists did strike me.

How often have you heard a man moan, “She used to love hearing all about my job successes, but these days she just doesn’t care!”  That’s him missing admiration.

Or hear a woman say, “For once I’d like to be able to snuggle without having to a) beg for it, and b) having to follow it with a bonk!” That’s her missing affection.

Today I still have issues with the lists (and perhaps by now he’s updated them to reflect modern life) but I do use them.

My weekends, for example, are for Us. I know it drives a lot of my friends insane because weekends in Malaysia are always chock full of weddings, dinners, birthday parties etc. However, while I value my pals, I value Tom more, and he isn’t keen on those kinds of events.

So our weekends are reserved entirely for us. We don’t do anything fancy. Most of the time we have a nice home cooked special lunch and then a film marathon on Saturdays. 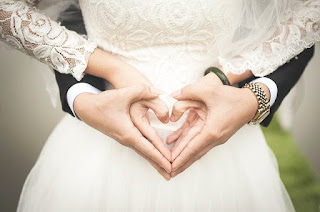 More often than not, we talk all the way through them. For example, at the moment we’re watching Columbo and Lewis and it’s helping us work out the Perfect Murder. We’re pretty sure that if we decided on marital homicide, we’d get away with it.

Weird? Possibly. But we enjoy it.

On Sundays, we do the fun lunch again and then we go out. It’s nothing fancy; just our local but we love it.

Again, we talk up a storm. It’s yap-yap-yap for two to three hours, about everything from the news to what’s going on at work. Me, I figure that covers Recreational Support for him and Conversation for me, plus with the chatter and the dressing up so we look nice, we cover a lot of the rest of the lists.

It’s not very glam, is it? But for us, going out to fancy places and doing the romantic wine-and-dine thing is stressful. We enjoy a home cooked meal in front of the telly and then a night out a stone’s throw away from home.  It’s what we did when we dated.

And that is, I think, the essence of the “needs” lists. Dressing up, talking, being affectionate, open conversations, admiration, commitment, and sex - they’re very reflective of what happens when you’re dating - or courting, if that is a better word.

I don’t think there is such a thing as a recipe for a happy marriage. However, I do believe that many people forget to transfer the dating aspect of their courtship into their married life.

If anyone were to ask, that would be my number one tip for a good relationship: incorporate the things that made dating work for you into your everyday relationship.

What do you think?

Attribution: Image by Tú Anh from Pixabay
Posted by Ellen Whyte at 4:11 PM