Spotting and Coping with Toxic Forgiveness 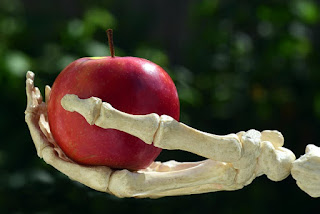 You hear it all the time, "Oh, just forgive them." Forgiveness is presented as virtuous, and as an attitude we should aspire to.

But forgiving can be toxic for you and for the community. Here's my reasoning.

#1 Example: It's Not Personal

Fiona is religious and thinks divorce is a sin. It doesn't come up in office meetings, but during break times, she will pick up the newspaper, turn to the gossip column and comment on celebrity break-ups: "Another one destined for hell."

Daisy has never bothered about Fiona's attitudes, but now she is in the middle of a divorce, she finds himself gritting her teeth every time Fiona picks up a paper.

When Dairy confides in Kim, her boss, Kim says, "Oh, that's just Fiona. It's not personal or aimed at you. Don't rock the boat. Just forgive."

Takeaway: If you don't speak up, people may hurt you again and again. It's more sensible to push for positive change.

Suggestion for change: if Fiona is generally speaking reasonable, Daisy can be direct, "Fiona, I'm in the middle of relationship issues. It's painful. Saying I'm going to hell is neither kind nor helpful. Also, there will be others here who are divorced too or who have loved ones who are divorced."

If Fiona is difficult, Daisy can remind Kim that management should provide leadership. Kim can quietly take Fiona aside and remind her that religion has no place in an office.

Should neither be an option, I'd suggest that with toxic co-workers and an incompetent boss, Fiona rethinks whether she wants to stay.

Bob got a bicycle for Christmas. When his brother John asked to borrow it to go on a camping trip, Bob really didn’t want to let his treasure out of his sight.

Also, Bob knew his brother is careless and often loses or damages his own property. But being a good brother, Bob agreed to lend John his bike.

John borrowed the bike but left it unlocked outside the tent. A passing bear stole the bike and trashed it while joyriding. (This is a blog post, so let’s have some fun with it.)

John has apologised and Bob understands it was out of John’s control. So he accepted the apology. However, he’s still steaming angry and mourning his lost bicycle.

Noting this, Bob’s dad steps in and tells Bob, “You have to forgive John with an open heart. Don’t be angry. It’s just a bike.”

What happens when Bob swallows his rage and sadness?

Takeaway: Forgiveness is a process. You can't shortcut it because ignoring emotions will come back to haunt you as depression, suppressed anger etc

Bottom line: it’s okay for Bob to feel what he feels.

Bob’s dad is probably frightened of difficult emotions, which is why he’s sending the wrong message.

However, there is another, much more toxic version of the "Oh, you must forgive" mantra.

#3 Example: Toxic Turning The Other Cheek

Mary is deeply hurt when Dave laughs at her wish to become an engineer. It is even worse when Dave makes jokes in the classroom about Mary’s ambition.

Dave clowns about, humiliates Mary in front of their friends, and very soon the boys are teasing Mary about her dreams of becoming an engineer.

Their teacher, Britt, takes Mary aside and says, “Yes, Dave is in the wrong but he’s always that way. Be the better person, Mary, and just turn the other cheek. Forgive him.”

Britt knows Dave is in the wrong and she’s okay with it. What value does Britt put on Mary?

Takeaway: When we dismiss other people's rights, we disrespect them.

Dave is a bully. Britt knows this. Mary knows this. And yet Britt is saying that’s perfectly okay.

This is as plain as the nose on your face, and yet, we have the mantra about being the better person, about turning the other cheek.

Why are victims being told to forgive?

Why don't we tell people to change, do better?

I can think of two likely scenarios.

First, people are frightened of bullies. It is possible that Britt is scared that Dave will turn on her if she tells him off. So she won’t help Mary out of fear.

If Britt is honest, she’ll admit this. But she may feel shame and lie to Mary – and herself – about her motivations.

Second, the bigger picture is that societies are typically based on inequality. There’s always a group of people identified by sex, colour, caste, or whatever label is handy, who are exploited by the rest.

Victims are told to shut up because it is useful for the powerful that injustice continues. It's what keeps them on top.

If that’s the case, then Britt may be a flying monkey, a person who helps abusers by acting as their messenger. (The phrase comes from the Wizard of Oz. Remember the Wicked Witch of the West who uses flying monkeys to attack her enemies?) 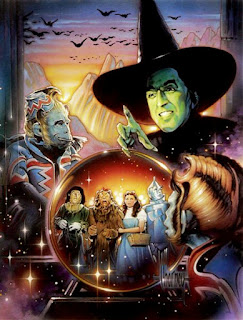 Flying monkeys scare or guilt victims into shutting up, either because they benefit from the injustice or because they feel it's too scary to challenge powerful people.

It's easier to side with a powerful abuser than to stand up for what is right.

Flying monkeys use lines like, “Be the better person” and “He’s loves you really” and “She doesn’t really mean it, it’s just how she is.”

Also, abusers control others by gaslighting. As discussed here: how abusers act when caught out

So when you're hurt and feel as if you should forgive, or are told to forgive, think first. I'm not saying you should analyse every little thing that happens. People mess up, and that's okay.
Small things don't need to be called out, either. We all say and do things without thinking.
But for deliberate or consistent issues that threaten our rights, we need to speak up, for ourselves and for others. It should be done without anger and with respect.

Credit: the apple is from Pixabay
The Wicked Witch is from Oz Wiki
Note:updated 19 Nov 2022